I keep seeing that people are still watching my blog and hopefully reading back over some of the posts published a while back. I just have not gotten back into blogging. That is one of my goals for 2015.
My computer, which was a Dell with Windows XP had problems. When I took it to our computer tech, he said XP was the problem and they could not help me. So he sold me a rebuilt Acer with Windows 7. He was able to put most everything back on it from the old computer. It is a thin little computer and works fine. I am just not used to it yet.
As many of you know we have our house for sale. We are downsizing once it sells. Can't buy a new house until this one sells. I have been watching some really good possibilities, but can't move on them just yet.
When we buy another house we will be officially retired! Oh yes, hubby will continue his writing, but he won't be having to do a job every day. I hope to get more quilting done after the new house is in order.
We had one grandson get married in September and another one is engaged and to be married in June. Hopefully we will be able to go to that wedding, but it will depend on how the house sale is going.
Real estate is not moving much around here. I keep watching other houses with for sale signs in the yard to see when and if they sell. So far the market has been slow. I read in the newspaper that Fanny Mae and Freddy Mac were lowering the amount of money you had to have on hand to get a loan to 3%. I don't know what it has been, but with income tax checks coming in in February and this lower rate, the market should open up. Hopefully it will.
I finished my Bargelo quilt, but I have not taken any pics of it yet. I am presently working on two quilts. A catheral windown quilt and a Trees quilt. Pics coming hopefully soon.
Have a good year in 2015!
Posted by Quilting Grannie at 1/12/2015 10:24:00 AM No comments: Links to this post 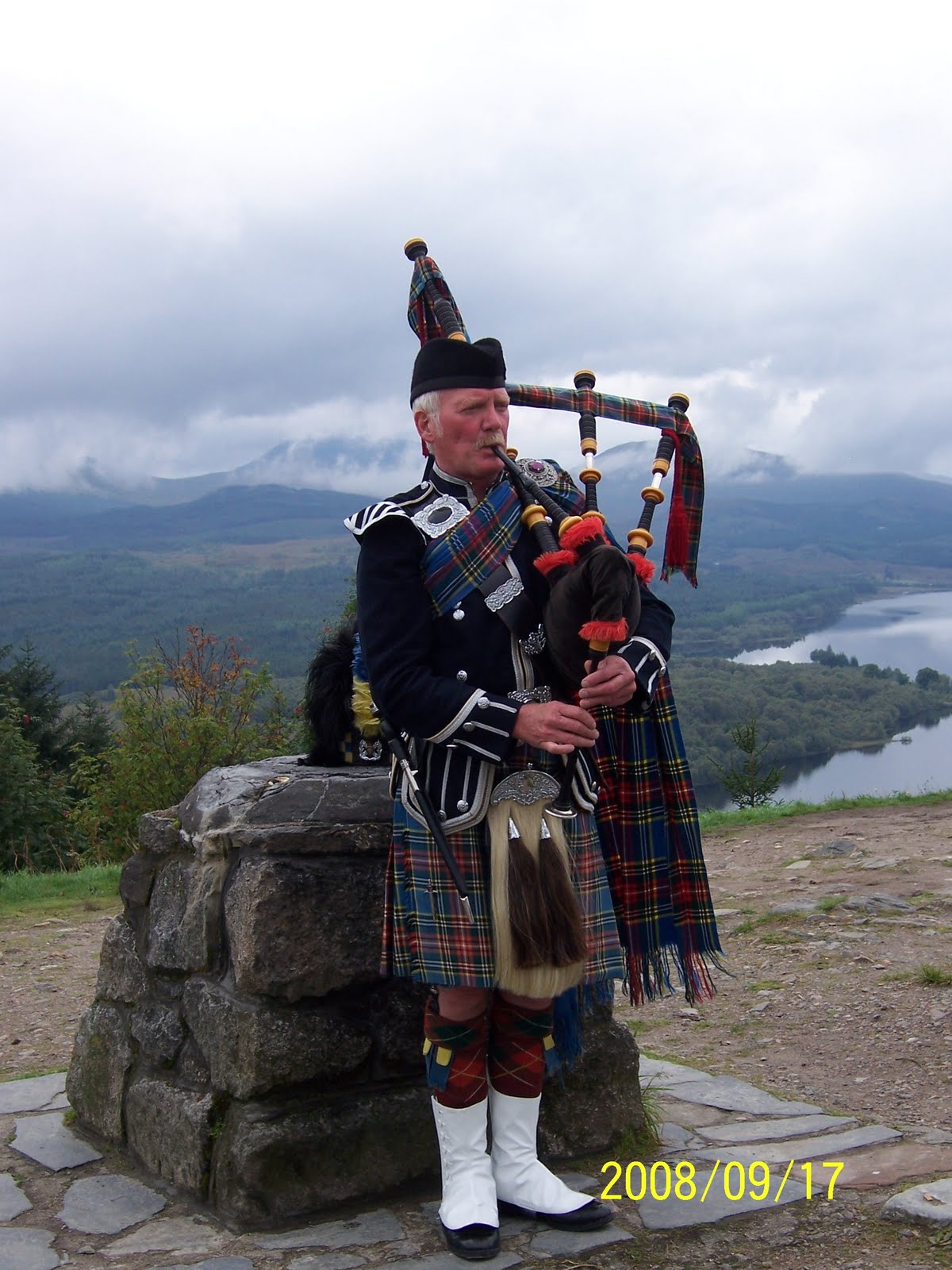 This has been a great summer. We had sufficient rain in the beginning of summer. My wildflower flower bed grew and really looked good. Then a dry spell set in and my Black Eyed Susans just look like they have died. I was going to cut them down, but when I tried to break a stem, it would not break, felt like it still had life in it, so I left them alone. Then we started getting some rain along. I have some tall yellow wildflowers in that bed and they started blooming again. I don't know what they are. Maybe golden seal, I really don't know. We are getting plenty of rain now and that flowerbed has really resurrected, except for the Black Eyed Susans. They still look dead.

Our house is on the market to sell. Had good response when it was first on the market, but there is no one coming to see it now. We can't buy another house until this one sells. Hence we cannot move until this house sells. This is a good area to live in. We have good neighbors all around us. We have enjoyed living here for the past 29 years. It's just that we have no family living near us anymore. As we get older we need to be nearer one or more of our children. So we wait. We have no deadline to move and we own this house, so we can stay here as long as needed. I'd just like to get it sold, another one bought and get moved. 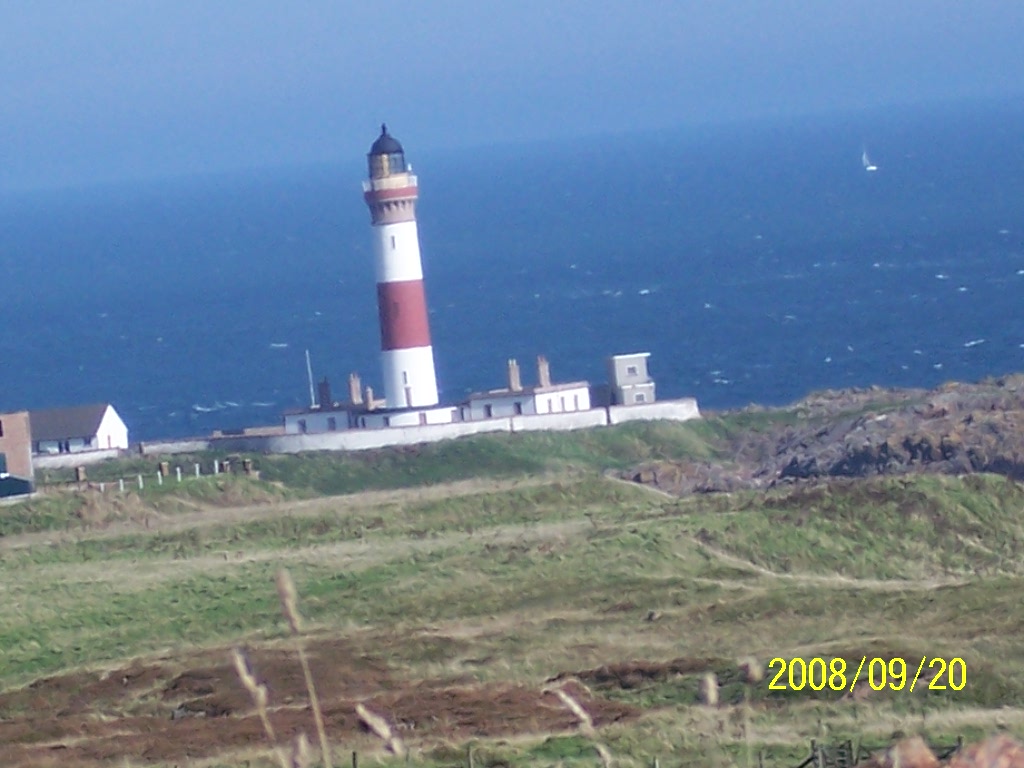 Things are happening all around us. Our first great grandchild has past her one year birthday. Our second great grandchild has past his 6 month birthday. They are both beautiful children. Our Army grandson is stationed in Alaska. I think he really likes Alaska, but it so far from Alabama. He has been home twice since he was stationed there. The flight schedules from there to Alabama are terrible. He has about 3 changes to get home each time. He is almost half way through his Army stint. Our youngest grandchild starts back to college is a few days. My, how time flies!

This is just a small update on us right now. Have a happy rest of the summer.

It has been quite some time since I have written. I am still quilting, well, I was. I am crocheting. I started a crocheted tablecloth some few years ago. I lack 2 more squares of it and sewing the last 8-10 squares on the tablecloth.
We are moving to Mississippi as soon as we can sell our house and buy one there. That put a stop to my quilting, as we had to stage the house. A quilting hoop was not the place to be. I had been quilting Derek Lockwood's bargello quilt. I was nearly finished with quilting it. But I put the quilt away and put the quilting hoop away. Hopefully if we have not moved by fall, I will get it out again and finish it.
I will be posting along as we have time. Just hoping the house sells and we get moved soon.
Posted by Quilting Grannie at 6/18/2014 08:19:00 AM No comments: Links to this post

I finished quilting my second Teddy Bear Quilt last night. I have not gotten a pic of it yet, but I will soon.

My thumb is progressing. It still has a scab on it, and I have to watch how I am grabbing the needle, but I am learning. I guess it is taking it's time filling in the new tissue.

Last night I started quilting the Derek Lockwood quilt I pieced last year. It is huge. I have not measured it, but I think it must be 110 x 110. I am quilting it on my large hoop frame. It is too big to put in my old timey quilting frames. Therefore it is heavy and difficult to manage, but I will manage it. I am anxious to get enough of it quilted that I can see how it is going to look.

I did get to work on my future great grandchild's Teddy Bear quilt some tonight. I don't know why but I keep thinking this child is a boy. Call it grandmother's intuition. I thought my first great grandchild would be a girl from the beginning. My husband will tell you I have this uncanny intuition about people. I try not to make my feelings known to any except my very closest family. I can't explain it so I just try to keep it to myself. Except for the great grand babies. So Jared, you might be decorating that nursery a little for a boy.
My thumb is healing fairly well. I am going without a bandaid at home. Just putting one on when I got out in public. It doesn't look so good, so best to keep it covered. I thought this evening when I had a little over an hour, I try the quilting thing again. The last time I got maybe 2inches quilted when I realized I just could not do it. Tonight I got nearly a whole block quilted. I am having to change the way I quilt due to the thumb still being sore. I know now that I can quilt with some improvisions. I just lack 2 blocks and the binding having it finished. Hope to be able to finish it at least the next week.
Happy quilting to you all.
Posted by Quilting Grannie at 12/01/2013 11:36:00 PM No comments: Links to this post

I had a little accident. I should have been more careful. I was slicing carrots for soup on my Pampered Chef mandolin and cut off the side of my thumb. This was not the first time I have cut my fingers with that gadget. This one was the worst though. I could not get it to stop bleeding, so we ended up after about 8 hours going to the emergency room. We have one of our hospitals that advertises "5 Minute ER". So of course, that is where we went. Well, from the time your papers are filled out until you get to go to a room, it was probably about 5 minutes. Then the wait begins. Since I was not the worst patient to be seen that night, I got to wait, and wait and wait. For three hours. I know there were people around me who were much sicker than I was. I could hear them, gagging and moaning. So I was happy to wait in my little, hot, room to be seen by the PA. Just as long as those sick people stayed in their rooms and did not give me a stomach virus.
I came home with a big bandage on my thumb. There was no flesh to suture, so they used silver nitrate to stop my blood flow. Every had that? Don't! This is what they use to put on newborn's umbilical cords. That is powerful stuff. If I had not been a grown woman, a great grandmother at that, and a nurse who has seen it all, I would have screamed! It did stop my bleeding though and I am thankful for that.
So I have not been able to quilt or crochet since. Hopefully I can get back to that baby quilt soon. I  have it about half way finished. When I can't quilt or crochet while I watch TV at night, I get very distracted. Hopefully soon I can quilt again. I have been able to crochet some since I got the big bulky dressing off and am down to just a couple of large bandaids.
Beware of those Pampered Chef mandolins!
Posted by Quilting Grannie at 11/23/2013 03:35:00 PM 3 comments: Links to this post

I got a recipe through my email for Apple Slaw. I had made a winter salad last year with lettuce, apples, and a dressing similar to Italian Dressing but with some sugar in it. This Apple Slaw recipe had it's own dressing in it also. So here goes:

10 oz shredded cabbage, I bought mine in the bag at the grocery store. It has some carrots shredded in it.
2 apples. The recipe said Granny Smith, but they are too tart for my taste. I used Gala
For dressing:
3/4 cup mayo
2 Tablespoons vinegar, I used white
1/3 cup sugar, I used Splenda
Dice apples pretty fine, add to cabbage. Mix dressing ingredients and whisk well. Add dressing to cabbage and apples and mix thoroughly.
I did not use the whole bag of cabbage, as that would be too much for us. I diced a whole apple but only used half of it. Then I put about 2 tablespoons, heaping, dressing on it and mixed it. It is a really good salad and will be on our table a lot this winter. I put the remainder of the dressing in a container with a lid. It would be good dressing for other salads.
Posted by Quilting Grannie at 11/08/2013 09:38:00 AM 3 comments: Links to this post 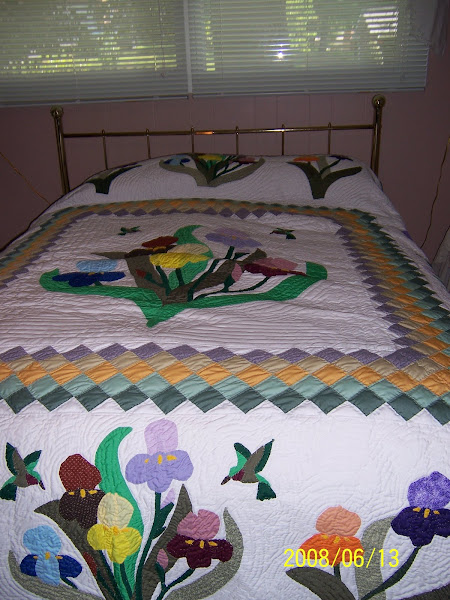